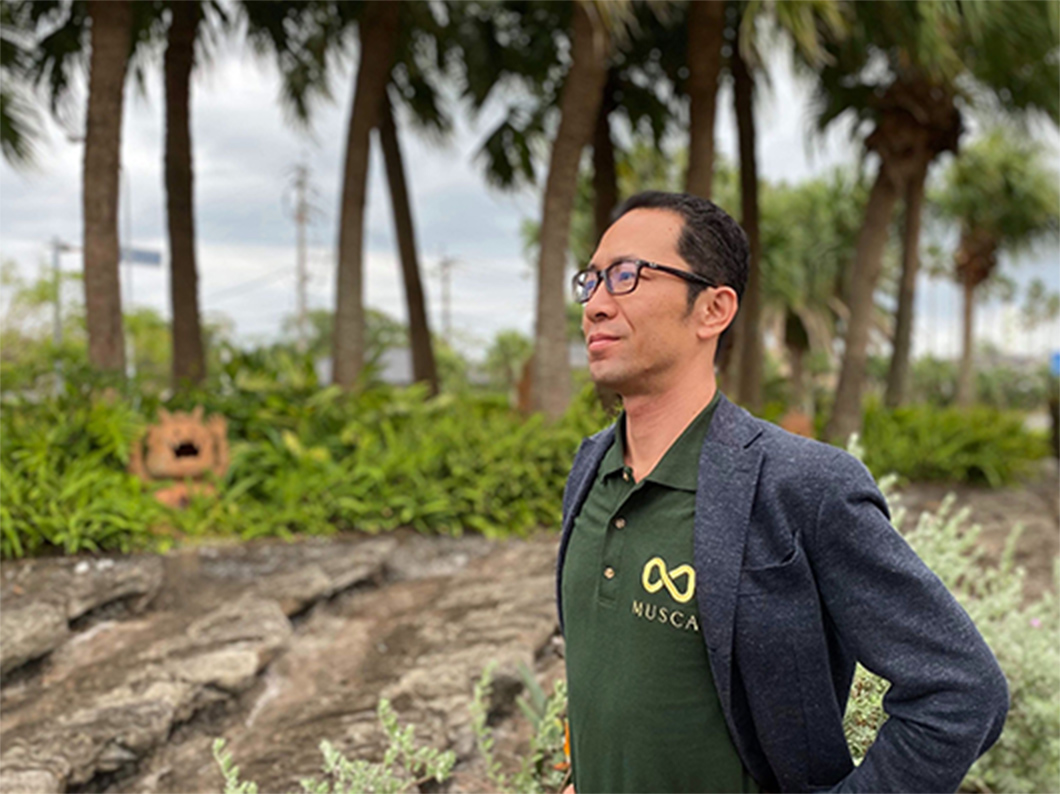 MUSCA’s housefly technology originates in the former Soviet Union. MUSCA’s founder Mitsutaka Kushima inherited seeds and intellectual property that were initially purchased from Russian engineers, by a late Japanese researcher who left his projects with Mitsutaka. In the two decades since, Mitsutaka has continued to provide stewardship over the research of dominant genes of the thoroughbred houseflies.

Message from the Founder

MUSCA was launched near the end of 2016 for commercialization. The global food crisis caused by our rapidly growing world population was quickly morphing from possibility into reality, creating an urgency for commercialization. We accelerated our research and development to verify the safety and functionality criteria.

Food is the foundation of everything. I would go as far as to say that if hunger were eliminated, and everybody’s stomachs were full, conflicts would decrease. I have a clear vision in my head of what would result from this technology being used and implemented into society: happy people.

MUSCA is forging a new industry.
In this world, primary, secondary, and tertiary industries exist, but before considering any of those industries, major markets for feed and fertilizer exist as a precursor to everything else. We aspire not merely to become a business for the food supply chain, but also to lay the groundwork for a new social infrastructure.

MUSCA is about to become one of the first major insect-tech companies in the world, forming a new foundation industry that will be the basis for all other industries. MUSCA Solution is merely our first milestone business to achieve this vision.

Research and development of our thoroughbred houseflies is near completion.
Once our business has expanded to an industrial scale, we are confident that the contribution we make to humanity will be tremendous.

We are fortunate to have talented team members on board, led by our CEO Ayano Ryugo.

As of today, we are moving forward to achieve our vision, focusing on a single point along our milestones: commencing work on our pilot plant.

Stay tuned with us for further developments at MUSCA.